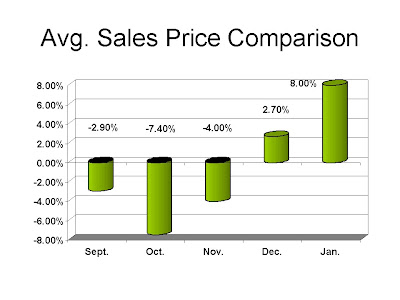 Here are the latest statistics from the Ann Arbor Board of Realtors. These numbers are for Single Family Homes (SFH) Residential, and do not include condominiums: