YOU Can Help Michigan's Economy

Several of us who live and work in Michigan simply refuse to participate in the so-called one state recession. Here is a fantastic idea, first floated by Detroit's Hour Magazine, confirmed by the Michigan Agritourist Department, and more recently circulating around via email. Think and act! Instead of moaning about how bad things are in Michigan economically, this is an opportunity to make things better.

'If we all spent $10 per week on Michigan products, more than $36 Million would be pumped into the state's economy - EVERY WEEK!'

How powerful is that? The idea is to consciously shift at least $10 of your weekly grocery budget to products that are from Michigan companies. Take this a step further by making your purchases at grocery stores which are also Michigan owned. There are several of these: Spartan stores are a cooperative; this means that if you buy a Michigan made product from a Spartan affiliated store, you get a 'triple-dip'. The product is made in Michigan, the store is independently owned by a Michigan family, and Spartan Stores headquarters is located in Grand Rapids. Other independent stores include Randazzo's and Westborn markets. Meijer is located in Grand Rapids, and also counts as a 'double-dip.'
The website Buy Michigan Now has more great information.

Here is just a partial list of Michigan products, brands, and company locations to get you started:

Posted by Brian and Mary Bundesen at 10:28 AM 2 comments:

Rules for a Perfect Day 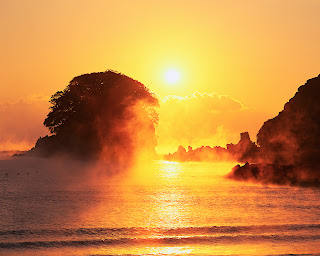 I consider Tom Hopkins to be one of the worlds greatest motivational speakers. I had the opportunity to see him in person more than 20 years ago, and his speech that day has stuck with me until this day. His rules, strategies, and success plans are as true and relevant today as they were 20 years ago. He published a simple sheet with his rules for a Perfect Day, which I am happy to share with you today. I hope these rules will help you as much as they have helped me. Make it a great day!

I always live in the delight and reaity of being alive. My past is forever gone, my future -- an uncertainty, so I will be happy and thankful for each moment.

I never allow negative input into my mind . . . happiness is a choice and I choose to be happy.

I am thankful to God for my health, my loved ones, my business, and my country. I am also thankful for any pain in crisis that helps me grow because God has said: "Be thankful in all things."

I always take care of my body, realizing the importance of the words "moderation" and "balance" knowing that as I bring my flesh under control how much easier it will be to control my will and my actions.

I treat everyone the way I would like to be treated. I strive to have them like themselves better when they're with me.

I always avoid gossip, jealousy and negative thinking. Most people don't think about what they think about. I always make a conscious effort to hold loving and beautiful thoughts in my mind.

I always write down my priorities, thinking of my loved ones and my responsibilities. I may not get everything done, but I do the most productive thing possible at every given moment.

I always strive to humble myself before others, controlling my ego and making other people feel important.

I continually invest time in study, learning how to better serve my fellow man. I know my growth in all areas is in direct proportion to the service I give to others.

I never take rejection personally. I am first and foremost in the people business and thus, realize they can only reject my proposal, not me. I keep on keepin' on.

I consistently invest time in prayer, asking God to let others see the light of His shining love through me.
Posted by Brian and Mary Bundesen at 6:04 AM No comments:

Here's what I'm trying to explain. I came to Ann Arbor ten years ago to join a company (Borders) that was born in Ann Arbor, and at the time was going through it's greatest growth period in it's history. That was just one piece of Ann Arbor. The town is dominated by the University of Michigan, and the accomplishments of it's staff, students, and alumni are too numerous to mention. This sense of accomplishment, achievement, and striving to be the "Leaders and the best" permeates through the town, and gets into your blood. After being in Chicago for forty years, Ann Arbor has gotten into my blood. It is encouraging, uplifting, and inspirational to live in a place where you can watch others grow to their best potential.

I have had multiple opportunities to relocate to other areas of the country, and to even return to Chicago. I have chosen to stay in the area despite the struggling economy and housing market, and despite all the doomsayers who feel that Michigan is a dead, rust-belt state.

The Ann Arbor and Michigan that I have come to know is a vibrant area, populated by people who know adversity, deal with adversity, and overcome adversity to maximize their potential, and become the best that they can be. It is epitomized by Phelps and other world class athletes like Tom Brady, Kara Lynn Joyce, Alison Gregorka, and others. While they all have an unquestionable commitment inside themselves, it cannot be denied that a part of their successes come from the Ann Arbor environment.
Posted by Brian and Mary Bundesen at 2:49 PM 1 comment:

Here are the latest statistics from the Ann Arbor Board of Realtors. These numbers are for Condominiums. Please see earlier post for Single Family Home sales statistics.

July 2008 Ann Arbor area market statistics continue to show a significant drop in inventory over 2007. Down over 23% year to date. Sales, in number of residential (Single Family Home) units, are up slightly at plus 2% over July 2007. Average sales price continues to drop by 1.34% per month

Here are the latest statistics from the Ann Arbor Board of Realtors. These numbers are for Single Family Homes (SFH) Residential, and do not include condominiums:

I love meeting new people, both online and offline. The famous motivational speaker Charlie 'Tremendous' Jones has a mantra: "The only difference between where you are now, and where you'll be next year, are the books you read and the people you meet." He has said it for more than 50 years and has influenced hundreds of thousands of people with that single sentence. Me included.

There are a 'Tremendous' number of social and professional networking websites to meet and interact with some very nice and interesting people. Sometimes, you have to create the opportunity to meet folks in person, who you have met online. That brings me to this Thursday at Banfield's Westside Grill, at the corner of Jackson & Zeeb roads in Ann Arbor, Michigan.

Online, I have met and connected with literally hundreds of people on: LinkedIn, Facebook, Twitter, Plurk, Pownce, Xing, ECademy, Naymz, BizNik, Plaxo, MeetUp, Motor City Connect, and a few others I have lost track of.

Back to Thursday. I and a few of my networking friends are hosting a "Speed Networking" Happy Hour at Banfield's, starting at 6PM. This event will be a combination of A2 Biz Insights members and their friends, as well as a MeetUp.com Networking Group, and other folks invited from other networking sites. Everyone who comes will receive a printed Dance Card, and are encouraged to meet and engage with everyone else in attendance to get their contact and business information, in anticipation of continuing a business relationship after the event. It is a low pressure, fun, casual environment to meet other local, energetic professionals who want to grow their businesses.

If you're reading this, and would like to join us, please call me at (734) 678-9032 to let me know you are coming. Guests are welcome. There is no cost, nothing to join, and nothing to do but meet new folks and have an enjoyable evening. You can even watch the Tigers and Lions on the Big Screen TV.

I hope to see you Thursday!
Posted by Brian and Mary Bundesen at 5:33 PM No comments: